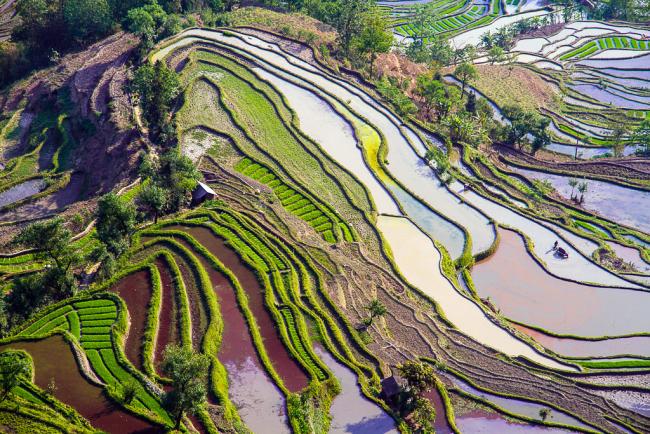 In seven countries, Watershed partners have met to develop “theories of change” (ToCs) for capacity building in lobbying and advocacy. Teams in Kenya, Uganda, Mali, Ghana, Bangladesh and India developed national ToCs, while teams in Amsterdam/The Hague developed a ToC for The Netherlands and one for the international level.  In preparation for workshops, each team had developed a context analysis to identify strategic partners, key policy issues, capacity-strengthening needs and evidenced-based strategies for lobbying and advocacy.

Started in January 2016, Watershed is a five-year strategic partnership between the Dutch Ministry of Foreign Affairs and IRC, Simavi, Akvo and Wetlands International. It aims to build the capacity of civil society organisations (CSOs) in six countries: Kenya, Uganda, Mali, Ghana, Bangladesh, India and also at international level and in The Netherlands. The partnership contributes to the Sustainable Development Goal for universal access to water and sanitation services and water security by making the voices of citizens heard and strengthening governance and accountability.

The Ghana team managed to get media coverage for the Watershed programme after inviting members of the press and Metro TV to the last day of their ToC workshop.  In Uganda, the consortium partners identified and divided tasks for follow-up.

Watershed is one of 25 alliances that have entered into a strategic partnership with the Ministry of Foreign Affairs (MFA) within the Dialogue and Dissent policy framework.  What makes Watershed unique is that it is the only one with a water and sanitation focus, and the only one with a specific task to hold the MFA to account.

Watershed partners Simavi and IRC are already active as “watchdogs” by publishing blogs and position papers, and encouraging questions from Members of Parliament (MPs).
Civil society under threat

Ensuring the voices of citizens are heard is much needed if you read the latest annual report by CIVICUS. Restrictions on civil society’s ability to act or organise are on the rise as their “freedoms of expression, association, and peaceful assembly [were] under serious attack in 109 countries around the world in 2015 alone”.

One of the more “sinister developments,” according to CIVICUS secretary-general Dhananjayan Sriskandarajah, is “the widespread demonization of civil society activists—as terrorists, traitors, foreign puppets, or disconnected elites.”
Dialogue and dissent

The Dutch MFA has recently signed an agreement with CIVICUS to support initiatives such as the strategic partnership programme under the Dialogue and Dissent policy framework, which includes Watershed.

In the CIVICUS annual report, Araddhya Mehtta suggests that both “restating constitutional rights” and the “development of long term social cohesion, focusing on citizens as much as the state […] are required to bring about long-term systemic change for the socially excluded”. However, “without space for dissent, neither approach would be effective for overcoming the plight of socially excluded and marginalised groups”, he argues.

Dialogue and dissent, with a focus on marginalised groups, are key components of Watershed.