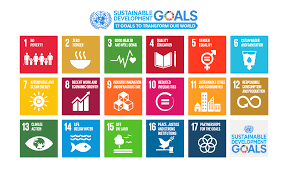 CIVICUS’ secretary general writes: Toward an accountability revolution. Citizen participation and the SDGs

The Sustainable Development Goals (SDGs) will not be achieved without significant public awareness and engagement. It is citizens who will hold governments accountable to the promises they made in 2015, and we need to find innovative ways of raising public pressure to deliver a more just and sustainable world by 2030. Only through such an “accountability revolution” will we have any chance of achieving the commitments made in the SDGs, and the lynchpin for that revolution is citizen participation.

Citizens and civil society have been actively involved in the SDGs since before they existed. They have raised awareness about the importance of the “post-2015” process through nongovernmental organisations (NGOs) and actively contributed to the drafting of the goals through the Open Working Group.

As Secretary General of CIVICUS – a global civil society alliance actively involved in the post-2015 process – I have participated in countless United Nations meetings about the SDGs and their predecessor the Millennium Development Goals. Often at these meetings, I would make a half tongue-in-cheek remark that the problem with the MDGs was that no one ever lost their job for failing to meet an MDG target. This comment always made the officials in the room shift uneasily in their seats, especially when I would ask why, if we truly want the SDGs to be a success, would we not hold accountable those of us in governments, intergovernmental agencies, global business, or civil society organisations (CSOs) responsible for achieving them, even to the point that our jobs would depend on it.

If such an argument seems absurd, it is because we do not (yet) see the SDGs as having real political bite. They are not legally binding, their complexity and interconnectedness makes apportioning blame (or credit) difficult, and they arise out of an intergovernmental system that is losing credibility among activists.

However, I recognise that the accountability revolution will only be possible if civil society also adapts to the evolving development agenda. We will need to re-evaluate our strategies for cooperation and funding as well as for accountability and communication. We will also need to continue to defend and promote the civic space that citizens rely on to hold decision-makers to account. Despite their potential, the SDGs have arrived at a worrying time for civic freedoms. The civil society institutional landscape does not seem ready to channel citizen voice adequately toward the goals. The rising tide of populist politics across the globe poses a massive threat to the values that underpin the SDGs and internationalism more broadly. Meanwhile there are not enough people thinking about innovative ways of promoting citizen participation in the SDGs or the global governance mechanisms that are their guardians.

The original post is on the website of Action for Sustainable Development and as a working paper.