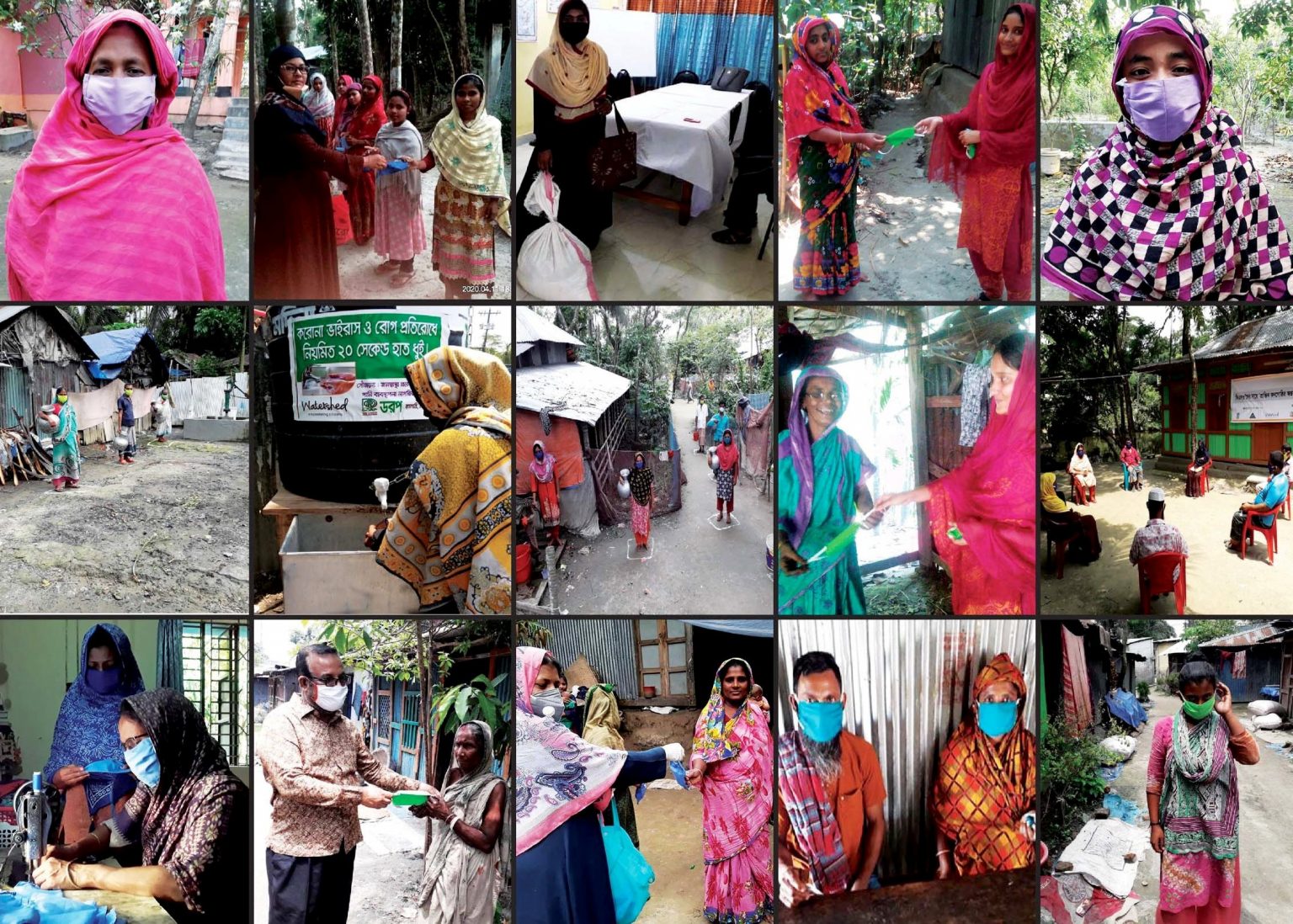 As washing hands with soap and clean water is vital in the fight against COVID-19, government must provide continuous access to sufficient water to their populations living in the most vulnerable conditions. The Government of Bangladesh also promulgated that everyone should wear a mask outside and it is a punishable offence if you do not have one. Wearing a mask is also prescribed by the World Health Organization (WHO) as is social distancing while being out of the house. People have to get out from their home for emergencies and work. Government is also opening up everything gradually.

Maintaining hygiene by wearing a mask is essential. But many cannot afford a mask in our country so DORP has planned to support the excluded people in this regard. A total of 2349 masks have been produced during the corona situation by “Sanitation Bitan”. These have been distributed among the marginalised people of different areas focusing on the coastal belt like Ramgati of Lakhsmipur and Bhola Sadar of Bhola. The marginalised people in Bhola and Ramgati need to fetch water from shared water sources while keeping in mind social distancing.

Lots of people have to work daily to buy food but according to government information people have to stay at home. In this context, the CSO members have distributed relief supplies from their personal funds to other CSO members. A CSO at Ramgati put a handwashing device near a local market in the fight against the corona-virus. The CSO at Ramgati was newly formed but they are responding immediately which shows their capacity is built within a short time. DORP is conducting an awareness campaign  through loudspeakers, while leaflets and text messages also help to initiate discussions with DPHE and to put up handwashing devices.